An absolute paradise for nature-lovers, Fraser Island is practically teeming with wildlife. From aquatic mammals to reptiles or even turtles and flocks of rare birds, tourists will certainly be treated to an extensive array of wildlife that never fail to impress.

There’s no doubt about it: The one thing that Fraser Island is really known for is its extensive population of purebred Dingoes. 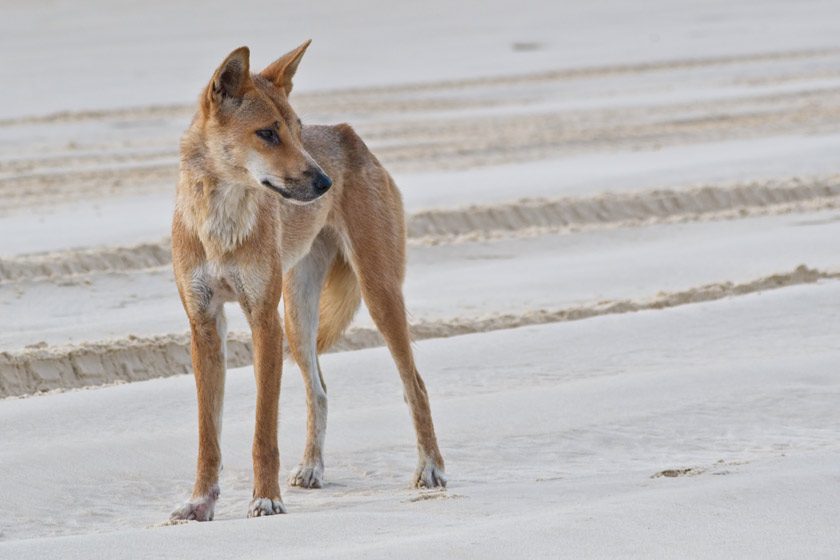 According to carbon-dated bone fossils, Dingoes have been on Fraser Island since approximately 3500 years.

An integral part of Fraser Island wildlife, these wild animals are now used to visitors, but it strongly advised against feeding them, otherwise they may become aggressive in a bid to get more food.

It is also recommended to keep your distance because as innocent as they look, they are unpredictable animals.

Consequently, it is also advisable to pick up after yourself and ensure that trash and food are properly stowed away during camping trips.

For added security, some camping sites are also equipped with anti-dingo fences.

Unlike the daunting snake species found on the Australian mainland, the snakes on Fraser Island tend to be on the more inoffensive side.

Visitors should remember that the great majority of Fraser Island is covered in sand. Consequently, snakes can sense the vibrations created by human footsteps, even from a distance, and they tend to go into hiding well-before you can see them.

Some of the island’s most common snakes include but are not limited to, the King Brown, Costal Taipan and the Death Adder.

Both venomous and non-venomous spiders are also quite common on Fraser Island. Popular examples include the Golden Orb, Redback and the Funnel Web spiders.

Another important part of Fraser Island wildlife is its extensive number of turtles.

Present in both the sand dunes and the sparkling lagoon, some species such as the Eastern Long-Necked turtles can also be found in Fraser Island’s numerous freshwater lakes. These particular turtles have a reddish tinge on their shells, while their underbelly tend to be on the pale cream side.

Their limbs and head are dark grey. Long-Necked turtles can grow up to be approximately 25 to 27cm in length.

These turtles are additionally known for their powerful jaws and webbed claws. 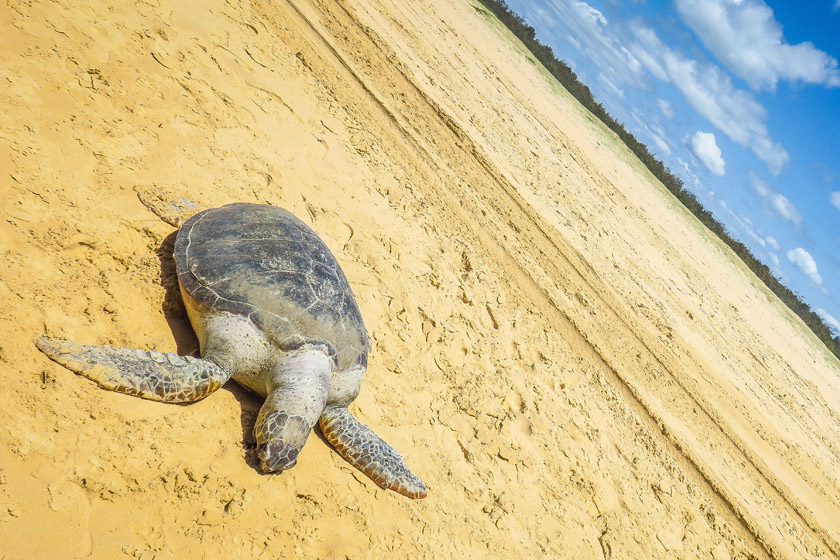 It is impossible to think of Fraser Island wildlife without mentioning its family of aquatic mammals.

Tourists often book early-morning boat rides in an attempt to spot the numerous whales and dolphins that surround the island. One of the most common species of dolphins around Fraser Island is the Indopacific Dolphin.

Larger than the bottlenose variety, these dolphins are not as shy, which means that they often come close to the shore. They also have a pinkish tinge to their body, as opposed to all-grey.

As far as the whales are concerned, if tourists are lucky enough, they might just spot one of the numerous elusive Humpback Whales that surround the island. These mammals can live up to 100 years and are protected by the Great Barrier Reef.