Discover some of the most pristine lakes in Australia on Fraser Island. One of the most scenic islands in the world, it should come as no surprise that Fraser Island was awarded a Heritage Status. Boasting marvelous fauna and flora, this island is known for its white silica beaches, sand dunes and endless stretches of rainforests.

With a mild climate and sunlight that lasts virtually all year long, Fraser Island is additionally reputed for its wonderfully refreshing lakes.

In fact, Fraser Island has more than 100 freshwater, perched and window lakes to delight tourists of just about any age. While jet skis and speedboats are banned, most of these lakes are equipped with camping accessories and amenities.

One of Fraser Island’s most popular lakes, Lake McKenzie is found on east of Kingfisher Resort in the Great Sandy National Park.

This freshwater lake is green colored and has a maximum depth of 12 meters.

One of the most sought-after camping spots, Lake McKenzie is a perched lake that measures approximately 930 metres wide and 1200 metres long.

With a hectare area of approximately 150, this lake is surrounded by white silica sand, ideal for a relaxing camping session.

Tourists visiting Fraser Island will be glad to learn that the lake water is so clear and pure that it is actually inhabitable for quite a few species. 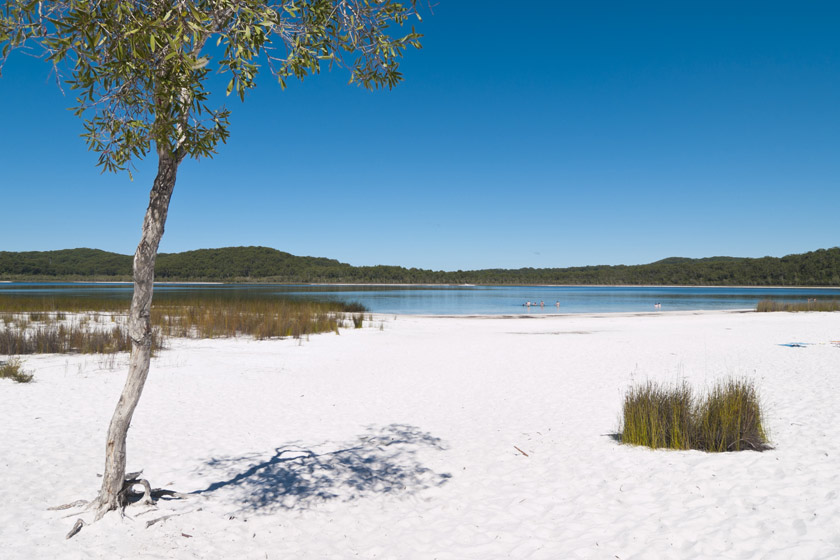 Best of all, visitors will be able to enjoy different complimentary camping facilities that have been set up for them, such as barbecues and toilets along with picnic an camping areas.

Located on Fraser Island, Lake Wabby has over 13 species of fish, which is why it is such a popular camping and fishing spot.

Both a barrage and window lake, lake Wabby has an important cultural significance to the Butchulla tribe. In fact, a century ago, this lake was only accessible to men belonging to the tribe. With a maximum depth of 39 feet, this lake offers plenty of sunshine where you can dry off after a refreshing dip in the gloriously cool water. 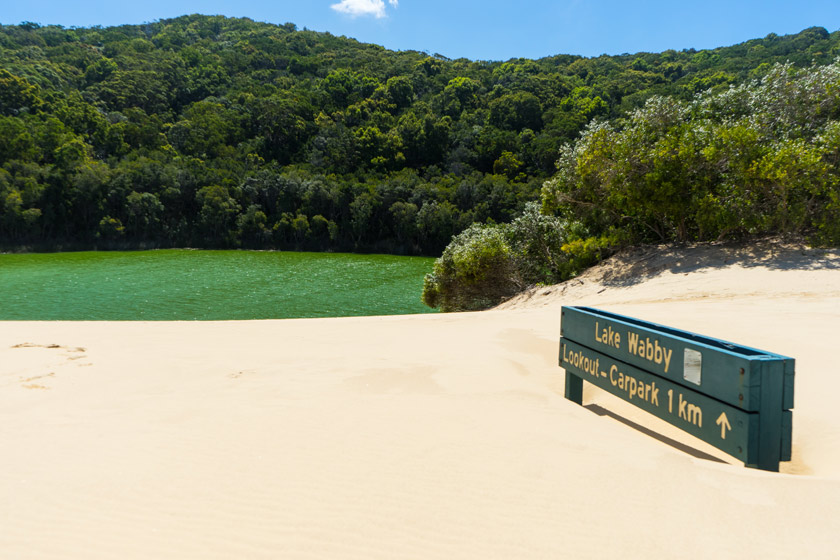 Fraser Island’s Lake Wabby has quite a few facilities for anyone who wants to enjoy a nice family picnic or spend a few days by the lakeside. For example, tourists will be able to make the most out of the walk-in camping area and restrooms. Additionally, several walking tracks have been installed from the parking lot and around the lake. A lookout point is also included near Lake Wabby on Fraser Island.

Hailed as a paradise for anyone who wants to get lost in nature’s lush embrace, Lake Allom is one of Fraser Island most prized jewel.

With cool, fresh water and plenty of sunlight, this lake is found north of the world-famous Woralie Track. Abundant in nature, this Fraser Island lake is backed by the Department of National Parks, Recreation, Sport and Racing Government, which means that it comes with a variety of facilities to make your camping trip more enjoyable and comfortable.

Lake Allom is particularly ideal to anyone who wants to spot turtles or drive through the picturesque road that leads to the lake.