Weather and Climate
Weather, Temperature and Climate on Fraser Island.

The weather and climate on Fraser Island is gloriously mild and sunny, enabling visitors to enjoy just about any type of activity during their stay.

Luckily enough, this island is also known for its rather temperate climate, allowing you to enjoy the great outdoors practically any day of the year, in spite of the occasional rainfall. 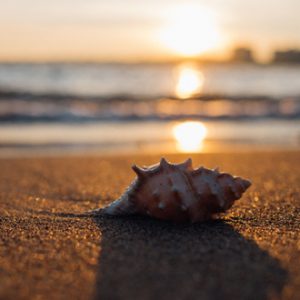 In fact, rainy days on Fraser Island are mainly expected in January, February, March, April, May and November. The average monthly rainfall in February is 187mm, while September has the lowest average at only 39mm. As far as humidity is concerned, Fraser Island has a rather humid climate in April, October and November.

Visitors who want to enjoy a relatively dry climate can visit the island anytime between May and September.

Considering the extensive number of activities that visitors can enjoy on Fraser Island, it is important to familiarize oneself with the island’s general weather and temperature before visiting.

Tourists will be glad to learn that sunshine is virtually omnipresent on this wonderfully sandy stretch of land. In February, the sea is normally a soothing 27 degrees Celsius, with days having an average of 28 degrees Celsius and nights 22 degrees. The coldest months in Fraser Island run from May to August, where the nighttime temperature can drop down to 13 degrees.

However, in spite of the drop in temperature, it should be noted that this is still a tropical winter, which means that visitors will still be able to bask in the sunshine. The hottest months are November, December and January, where the daytime temperature can vary between 28 to 29 degrees Celsius.

Hours of Daylight and Sunshine

Of course, it goes without saying that Fraser Island is additionally reputed for its relaxing sunbathing spots where you can just lie back and forget about everything. The good news is that the island offers uninterrupted sunshine and great weather nearly all year round.

Tourists who want to absorb as much vitamin D as possible can visit Fraser Island from September to January because these months deliver around 9 hours of sunshine per day. In February to June, there is approximately 7 hours of sunlight in one day, while July and August have around 8 hours.

As far as daylight is concerned, Fraser Island has warm, 13-hour days in February, November and December, courtesy of the island’s temperate climate.

Average monthly temperatures for May