Here are some interesting facts and statistics about Queensland’s Fraser Island:

How big is Fraser Island?

How did Fraser Island get it’s name?

Learn more about the History of Fraser Island.

How was Fraser Island formed?

One of the lesser known facts is that the sand found on Fraser Island actually originates from New South Wales’ tablelands, where the currents pushed them up North. According to geologists, three different rocks called Waddy Point, Middle Point and Indian Head acted as anchors and consequently gathered the sand around their bases. 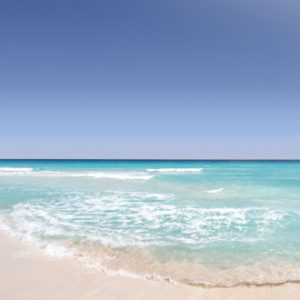 There was a time when Fraser Island formed part of the mainland, but it became an island around 20,000 years ago prior to earth’s last ice age. This was also a result of rising sea levels. According to the experts, the sand dunes are a result of the omnipresent easterly winds. Consequently, some of Fraser Island’s sand dunes such as Mt. Bowarrady are among the tallest in the world, towering at 240 meters. It is interesting to know that Fraser Island contains purer sand than the Sahara dessert.

Along with its large expanses of silica sand, Fraser Island is also made up of what’s colloquially referred to as coffee sand or coffee rock. Because of the organic colloids that are prominent on the island, the sand has been cemented together and compacted, resulting in brownish rocks. While coffee rocks are visible all over Fraser Island, most of these formations are found across the beach.

Where is Fraser Island?

Fraser Island is found 300km north of Brisbane, along the southern coast of Queensland in Australia. Because of its location, visitors can bask in the delicious sunlight and clear, sparkling water all year round. It is also quite accessible from Australia, whether you choose to go by ferry, train, road or helicopter.

Learn more about how to get to Fraser Island.

Teeming with wildlife and nature, Fraser Island has quickly established itself as one of the most striking tourist spots in Australia- and for good reason. With white silica beaches and delectable shafts of sunlight, this island is especially reputed for its excellent camping spots, especially around its numerous lakes. Best of all, it is quite easy to get to Fraser Island, thanks to the daily rail and ferry services.

A lesser-known fact about this island is that several of its structures were formed from deposits carried over from the New South Wales area by powerful waves and winds. Fraser Island is also known for its multiple dune and perched lakes. With a humid and pleasantly hot climate, this island has an average temperature of 15 degrees in the winter and 30 degrees in the summer.

Best of all, the island is packed with no less than 25 different species of mammals including dingos, echidnas, flying foxes, possums and wallabies.