From beach driving to four wheel driving, there are more energetic ways to explore Fraser Island’s numerous attractions. While Fraser Island is known for its tranquil and unblemished spots, a lesser-known fact is that the island is positively teeming with a variety of more exhilarating activities to suit thrill-seekers.

Because some routes- especially in forests and parks- are restricted, it is important to apply for the necessary permits before four-wheeling on Fraser Island. 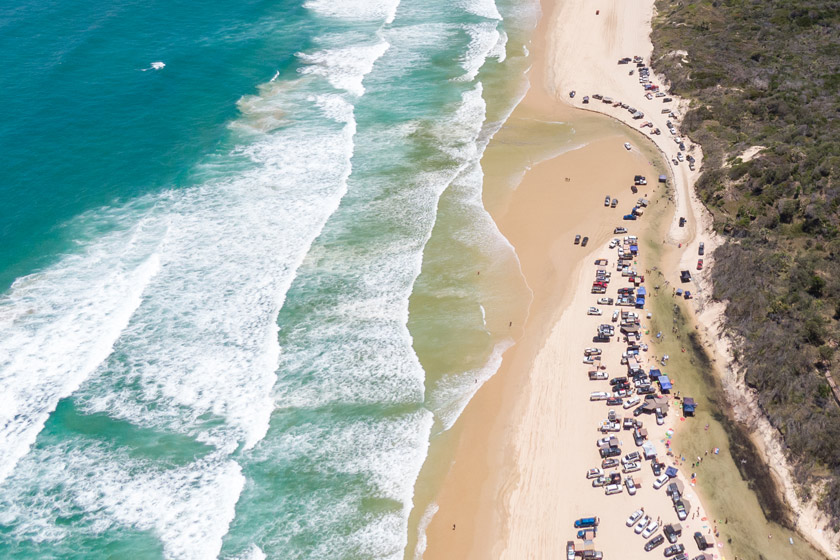 Permits are especially required during competitive or commercial activities, as well as group four wheel driving .

Before beach driving and 4WDing on Fraser Island, it is essential to ensure that your vehicle is road registered.

Can I take my 4WD to Fraser Island?

Yes, you can 4WD in Fraser Island. Of course, it goes without saying that sufficient fuel is required when beach driving and 4 wheel driving on Fraser Island.

Tourists should also familiarize themselves with any refueling spots beforehand to prepare themselves for any eventual emergency.

It is recommended to bring guidebooks, maps as well as a vehicle recovery kit that can be adapted to different types of terrains, bearing in mind that the island does have quite a few sand dunes.

A first-aid kit and enough drinking water are absolute must, especially during the summer.

Some tourists also like to bring pumps for their tyres as well as pressure gauges.

Can you drive on Fraser Island at high tide?

Fraser Island is known for its unpredictable tides, which is why it is strongly suggested to beach drive during low tides only.

In fact, according to most tour guides, tourists should preferably avoid driving across the beach two hours before and two hours after the high tide, just to ensure that they don’t encounter any danger or difficulties.

Some areas of the island tend to be more affected by tidal activities than others. 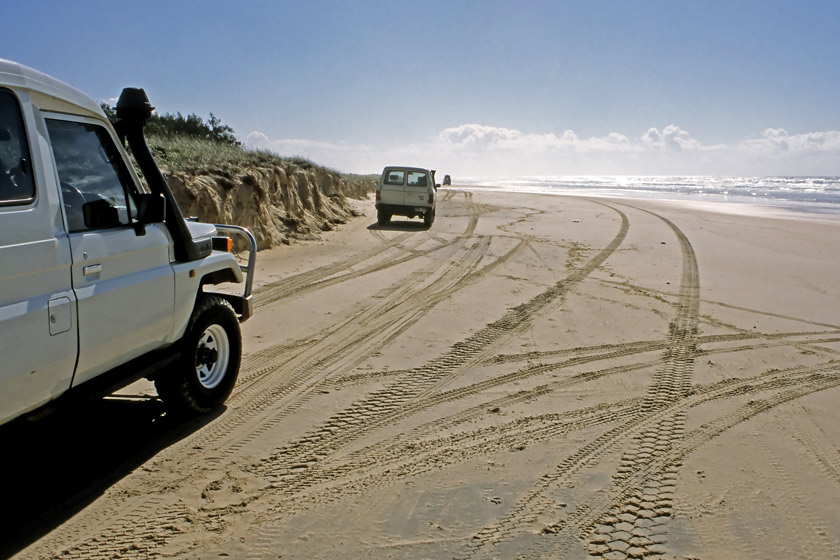 Whether you’re 4WDing or beach driving, it is still advisable to keep an eye out for onshore winds. Travelling at night is discouraged, especially for novices.

Rainbow Beach is a major favorite among tourists who want to enjoy an exhilarating beach drive on Fraser Island. If you don’t have your own vehicle, there are several tour operators that rent out four-wheelers to tourists.

This beach is especially reputed for its firm surface and stretch of sand that lies between the high tide mark and the waterline. It should be noted that it is prohibited to drive on the sand dunes.

Tourists who want to bring their own vehicles can access Fraser Island by a ferry.

These can be boarded several times per day, from the South or Western side of the island.

Tourists who are only planning on spending a few hours to a day on the island can get off on the West side of the island to save fuel, since this is where most  of the best 4 wheel driving spots lie.

Most four wheel drive trips will take you through Fraser Island’s most scenic attractions such as Eli Creek, Lake McKenzie, The Pinnacles and the Maheno Shipwreck, among others.